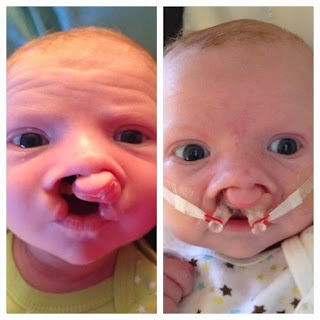 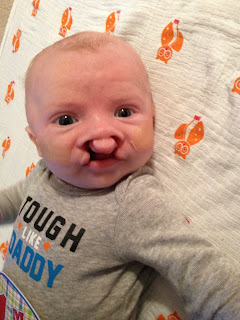 Tomorrow, Will gets the nose stents added to the NAM, which will help to shape his nostrils - I hope that goes as smoothly as everything else has gone so far. Wish us luck!! But more importantly, send us some good vibes in the hopes that we either find what's causing him to cry through some of his bottles or that he grows out of it - I'll take either at this point (serenity now)!!
Posted by Unknown at 11:22 AM 2 comments: 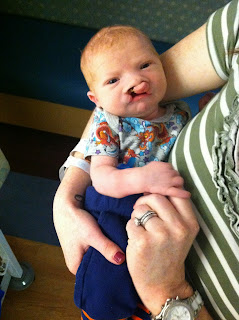 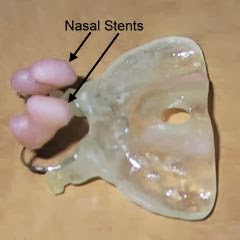 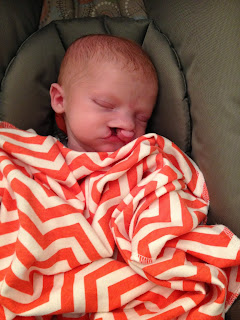 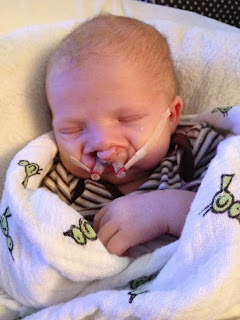 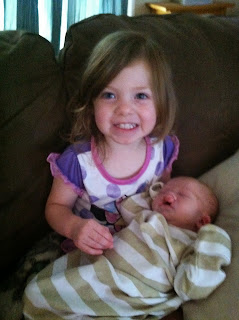