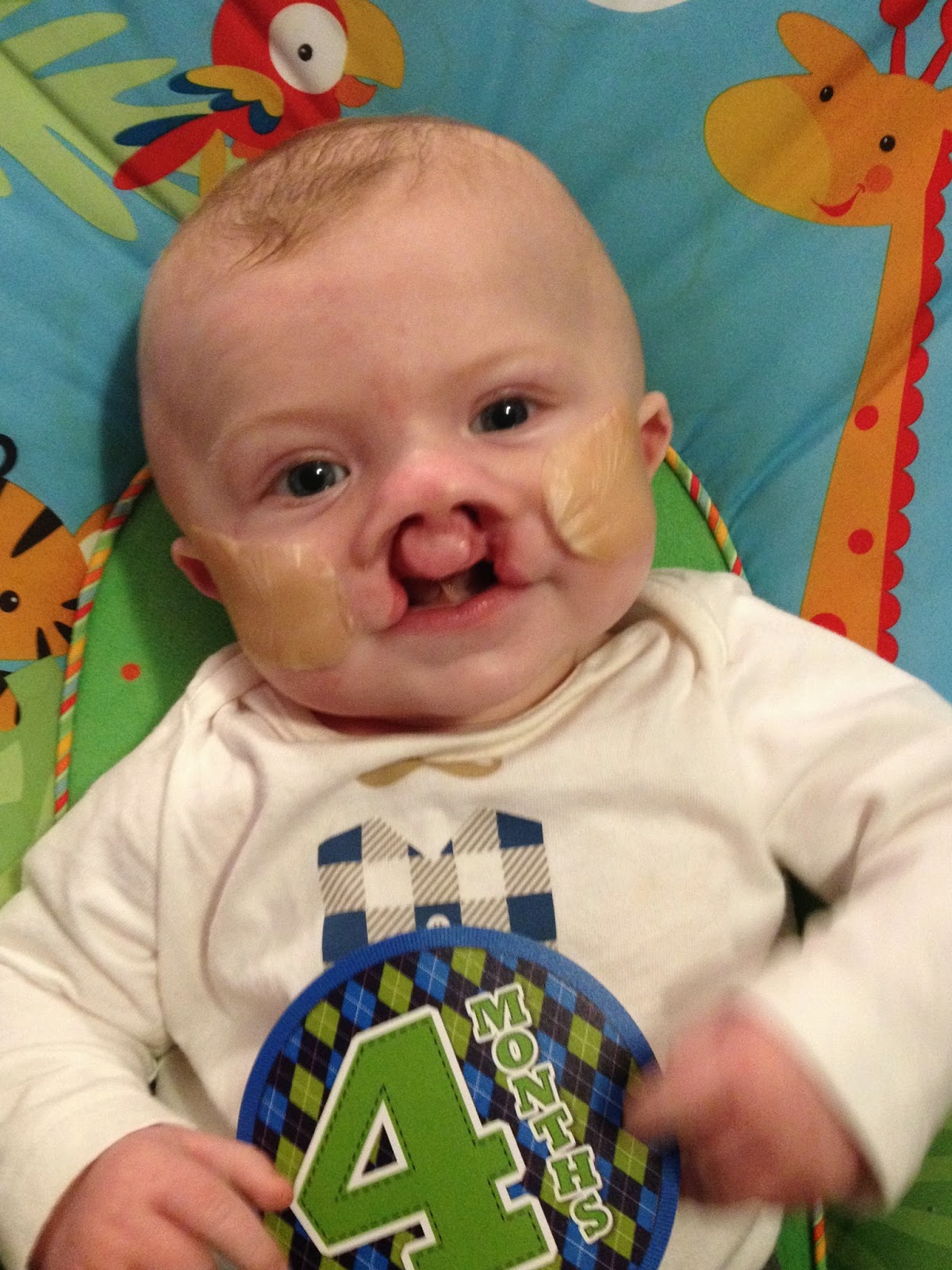 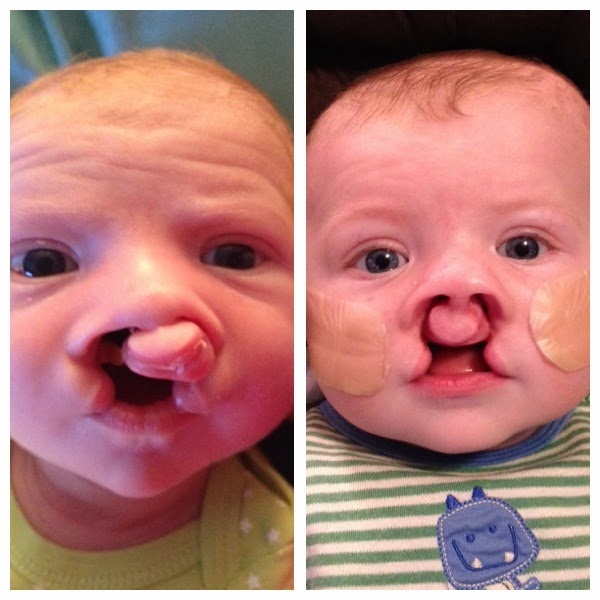 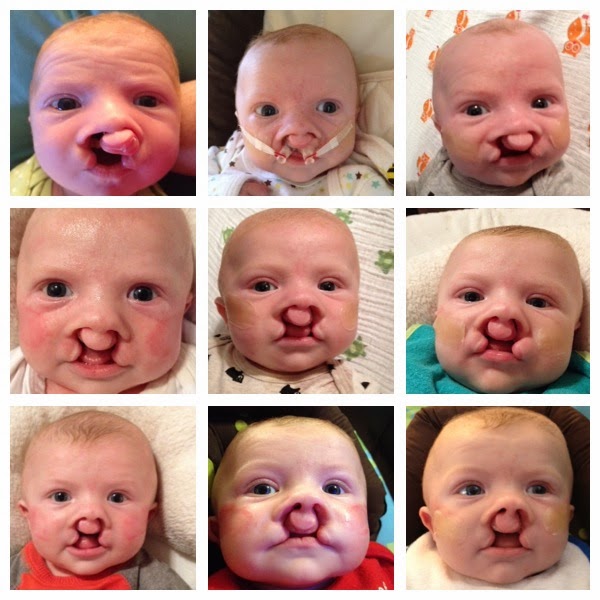 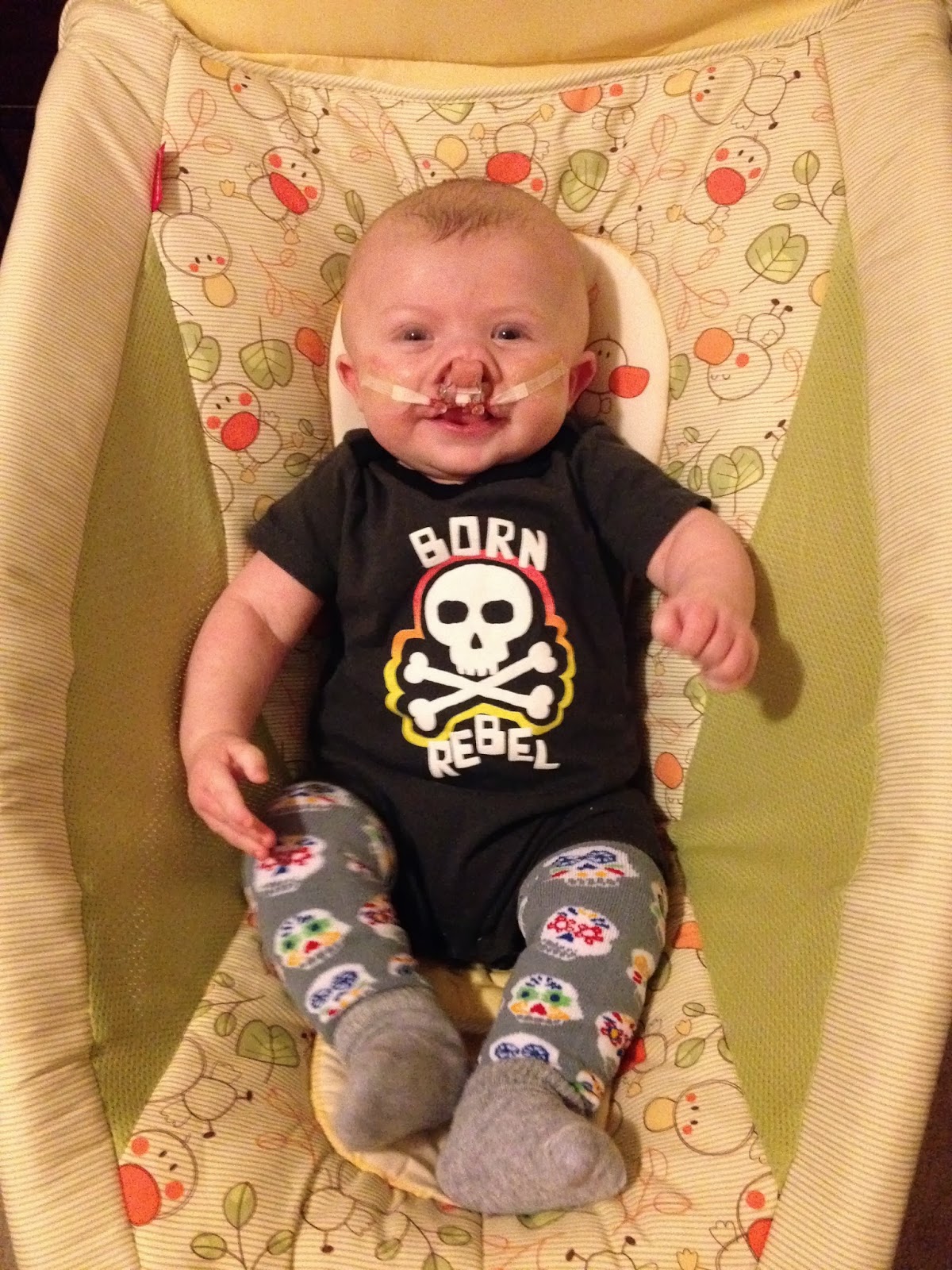 I have to say, I am a HUGE advocate of the NAM as I believe it really does wonders for preparing cleft babies for a successful surgery and reducing the number of surgeries needed, and although it has not been as terrible as I thought it would be, I CANNOT WAIT to be done with it! As much as I will miss Will's cleft smile, I WILL NOT miss having to deal with the daily taping and watching out to make sure he doesn't bump his face or pull it out.
Beyond that, 2014 marks my return from maternity leave and the start of my shiny new job that I'm super stoked about! This was actually my first week back to work, and as eager as I am to get back to the adult working world, it was hard to leave Will knowing he still struggles with eating and everything. Plus his care is a whole other fiasco - we have a great daycare that Sadie goes to and they were willing to take him now, but being we have to keep him super healthy in the month leading up to his surgery, daycare was clearly not the right option (if he gets sick, they will postpone the surgery!). So for now we have a team effort of me, Buddy, and our moms watching Will up until his surgery. Whew! But he did pretty well this week and I think I'll relax more as I get used to not being with him 24/7. Also, this year Buddy and I will celebrate our TENTH wedding anniversary on July 17 (wow!!). I'm hoping we can try to get away or do something special to celebrate, but I'll guess we'll have to see how the year plays out.
So that's where we are right now. It's really exciting and scary all at the same time. Most important right now is keeping Will healthy - wish us luck!! It will be hard with a toddler who goes to daycare, but I know we can pull it off. So until next time... stay classy my friends. :)
Posted by Unknown at 10:09 PM 6 comments: